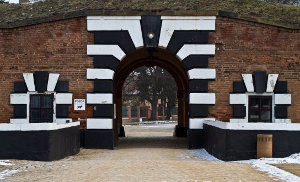 Terezín is czech name for Theresienstadt, a former military fortress and garrison town in the northern region of Czech Republic.

The Terezín monument includes a whole complex of buildings spreading out on both sides of the River Ohra. The dark history of Terezín falls especially in the period of WWII. The daily suffering and inhumane conditions for the lives of the tens of thousands of Jews who were deported here is evident every step of the way.

In the late 18th century the fortress was erected near the confluence of the Labe (Elbe) and Ohře rivers. The fortress was named after the Austrian empress Maria Theresa.

During World War II, the Gestapo used Terezín, as a ghetto, concentrating Jews from Czechoslovakia and Germany, from the Netherlands and Denmark. Terezín was not an extermination camp, of the 144,000 Jews who arrived there, about 33,000 died in the ghetto mostly because of the appalling conditions arising out of extreme population density. About 17,000 people survived. 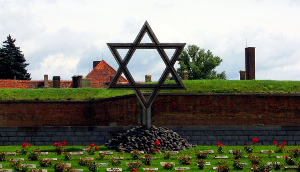 Liberation of the camp

You can also visit the Terezín Monument dedicated to the victims of the holocaust and pay your tribute at the monument to people’s inde­fatigable bravery and the will to live. Part of the fortification (Small Fortress) served as the largest Gestapo prison in the Protectorate of Bohemia and Moravia, separated from the ghetto. Around 90,000 people went through it, and 2,600 of those died there. Finally Terezín was liberated on May 9th, 1945 by the Soviet Army.

Today Terezín is a small town, well known for the Terezín Memorial and noted for its production of furniture and knitwear.

The distance from Prague to Terezín is around 65 km.