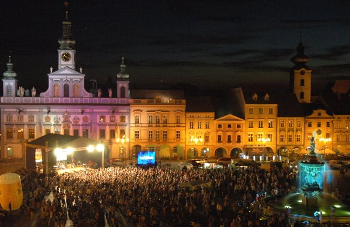 Bohemia Jazz Fest has quickly become one of the largest summer music festivals in Europe. Downbeat magazine even lists it as one of the most important cultural events in the world.

The festival was started in 2005 by acclaimed jazz guitarist Rudy Linka, who wanted to present and promote world-class jazz in the Czech Republic.

All the concerts are open-air, featuring headline performers playing in spectacular medieval settings. And they’re all free.

The festival, which extraordinarily combines first-class music and great sceneries on historical squares in Bohemia, attracts the attention of about 80 thousand visitors every year. Jazz stars from twelve countries come to the Czech Republic to perform jazz, blues, funk and world music.