Prague – the capital of Czech republic 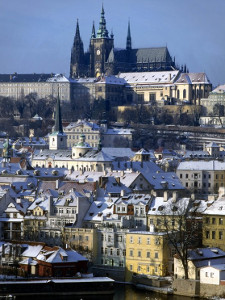 The capital city of Czech Republic lies in the center of Central Europe. Prague is situated on the river Vltava in central Bohemia and has been the political, cultural, and economic center of the Czech state for over 1100 years.

The city itself has at about 1.3 million inhabitants. Prague belongs to the most visited cities in Europe. Since 1992 the historic centre of Prague has been included in the UNESCO list of World Heritage Sites and since that the city is becoming a site of European headquarters of many international companies. Nicknames for Prague have included „the mother of cities – Praga mater urbium, "city of a hundred spires“ and „the golden city“. Prague castle was the first main monument founded in 870 A.D. There are some really nice Prague hotels for those travelers looking to spend a night in Prague.

Prague's city centre comprises four areas, spanning both banks of the Vltava River. On one side:

On the other side:

The main areas close to the city centre are:

Places to see in Prague

Prague Castle is the Prague tourist attraction number one. Located on a hill, it offers fine views over the city and more. 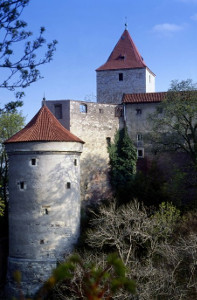 State constitution: republic (parliamentary democracy with two chambers of parliament.)
President: Miloš Zeman
Language: the official language is Czech. Most of the Czech people are well educated so they can speak more than one language. You can get by with English or German. The older generation knows Russian and French.
Religion: 80% Non-declared or non-religious; 10.3% Roman Catholic