Pilsen – the origin of beer 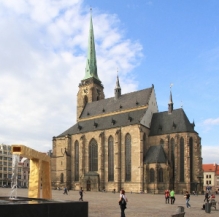 Lies in the western Bohemia about 90 km west of Prague. Pilsen is the capital of the region and the fourth most populous city in the Czech Republic.

The city is dominated by the St. Bartholomew Cathedral, which has the highest church tower in the Czech Republic. From the tower, there is a beautiful view of the historic city centre and the wooded hills of the Plzeň Basin.

A strong Jewish community formed in Plzeň in 1893 around the Great Synagogue, which is the third largest in the world.

Proof of Plzeň’s importance is its victory in the competition for the title of European Capital of Culture 2015. 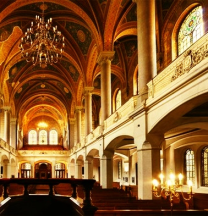 First records about Pilsen was found around 9th century, where Pilsen as a castle in 976 was mentioned. Pilsen was named a town in 1295. After that Pilsen quickly became an important town on trade routes leading to Nuremberg and Regensburg or Sachen in the 14th century. It was the third-largest town in Bohemia after Prague and Kutná Hora. In 1468, the town acquired a printing press; the Troyan Chronicle, the first book published in Bohemia, was printed there. A new period of growth came as late as the 19th century with rising Industrial Revolution. The world-known Prazdroj brewery, was founded in 1848. Then engineering Skoda Works were founded in 1859. In the end of 19th century Pilsen's Grand Theatre and the West Bohemian Museum were built. 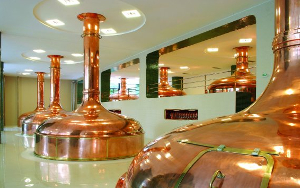 Pilsen is known primarily for the products of Pilsen brewery – the beer called Pilsen. If you want to learn about the history of Pilsner Urquell beer, be sure not to miss a trip to the world-famous brewery that gave the world the Pils style of beer. An exhibition will acquaint you with the whole procedure of making the excellent beer. You will become familiar with the ingredients used, the historical and current brewhouses, and the bottling plant. A real treat is a tasting of filtered, unpasteurized Pilsner Urquell beer straight from the barrel. Also visit the Brewery Museum, where you can explore the Gothic malt house with a well, a two-level cellar and the former tavern, along with hundreds of unique exhibits illustrating the history of beer brewing from ancient times to the present.

Restaurants and pubs in Pilsen